Learn what non-response bias is, examples of this bias, and how to avoid it. 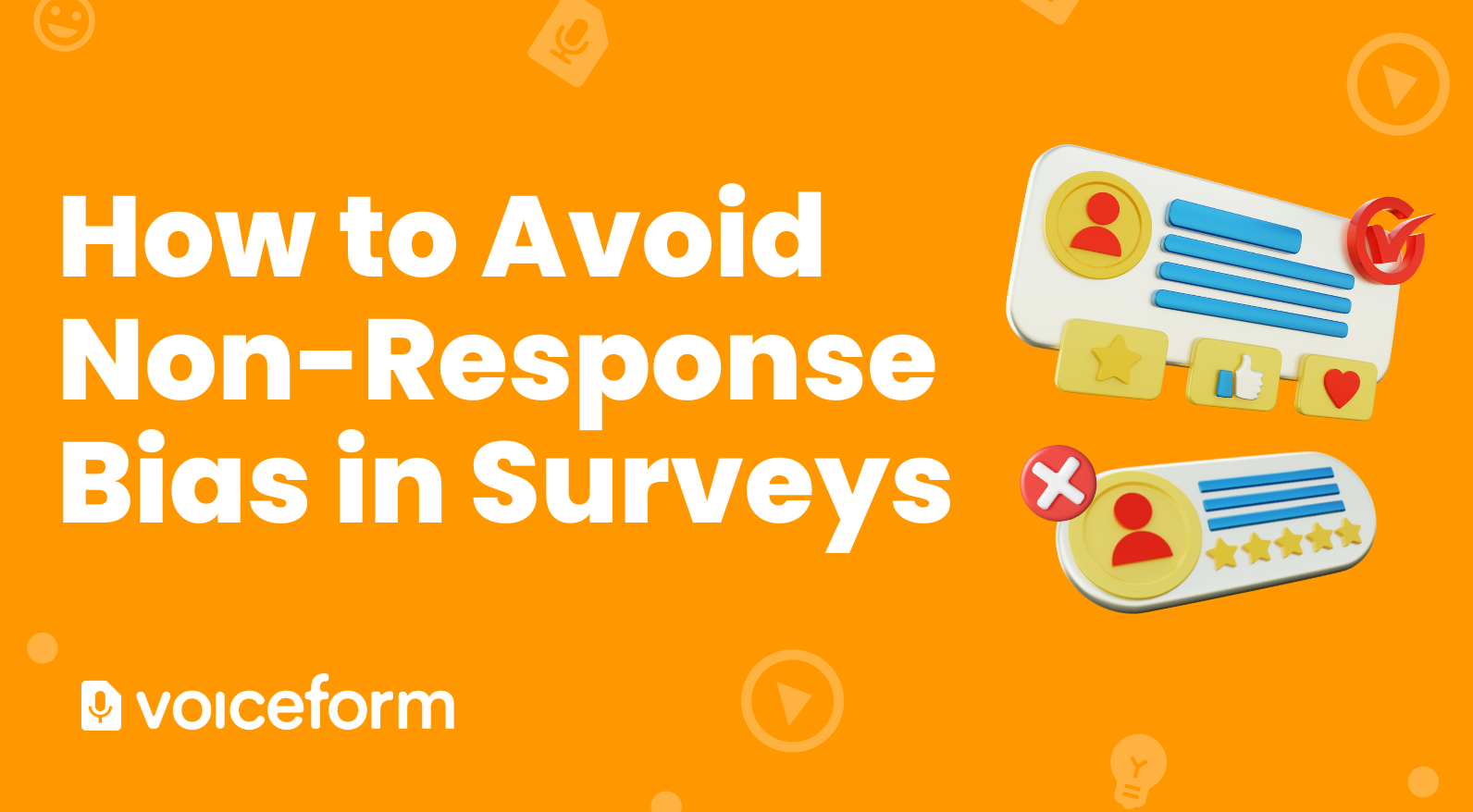 In surveying, there are two types of bias: response bias and non-response bias. The former occurs when survey respondents answer one or more survey questions inaccurately or falsely. The latter is more clear cut, occurring when a surveyor fails to get a response to one or all of the questions in a survey. If you want useful surveys, avoiding non-response bias is especially critical. Here’s what you need to know about this important survey consideration—including specific examples—as well as how you can avoid it.

What is non-response bias?

When you conduct a survey, accuracy is paramount. While most people understand that an unbiased survey relies on collecting truthful feedback, another consideration can compromise the quality of survey data: non-response.

When one or a group of survey respondents fail to answer one or more questions in a study, it creates a big problem that’s systemic in nature. If survey questions or methods are designed in a way that makes it more likely for specific people or groups to refuse to participate, it creates a bias that impacts the quality of the survey data.

While reasons for non-response vary from respondent to respondent, one thing is clear: non-response bias affects the accuracy of a survey. Since respondents who did not respond may, in fact, have answered differently than those who did, you end up with biased results that don’t accurately reflect your target audience. In many cases, it makes the survey useless.

There are several unique yet common causes that lead to non-response bias, from poor survey construction to accidental omissions. Businesses should be aware of these everyday pitfalls, so you can craft studies and surveys that generate the responses you need to make critical decisions. Some common causes of non-response bias include:

What is an everyday non-response bias example? There are some considerations—even those that are out of your control—that can create a non-response situation and negatively impact your research efforts. Here are some examples of this concept in action:

How to reduce non-response bias

While some considerations, like human error, can’t be avoided completely with every survey, there are some effective ways to reduce non-response bias in your next study. Here’s how to optimize your next survey to keep this phenomenon to a minimum:

Want to avoid non-response bias in your next survey? Voiceform’s innovative survey tools power your data collection. Our fast, secure, user-friendly data collection methods make the survey process easier on your target audience and on you, too. With automatic transcription for easy exporting and analysis, it’s never been simpler to cultivate rich data you can use for better decision-making.

Ready to learn all about Voiceform’s data collection and processing solutions? Sign up or book a free demo today.

We make collecting, sharing and analyzing data a breeze

Get started for free. Get instant access to Voiceform features that get you amazing data in minutes.

Get Started – It's Free!
Book a demo